On the MLK holiday, LEA of Minnesota is releasing its essay, “Why Is Redistricting Promoting Segregated Group Representation?,” which exposes how segregated representation is being incorporated into the ‘principles’ of redistricting. 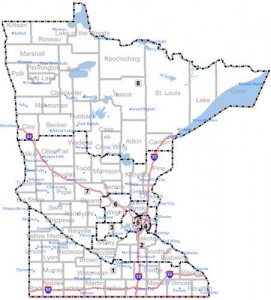 The Redistricting bills HF1426/HF1425 were the legislature’s attempt to address the Constitutional requirement for congressional and legislative districts to be redrawn following a census every ten years; thereby maintaining an equal weight and representation of each vote throughout the state. With the passage of these bills on party-line votes and their subsequently being vetoed by the Governor, the historical saga of resolving redistricting matters in the courts continues.

The Governor’s veto message objected to 19 currently-seated DFL representatives (in contrast to 7 Republican representatives) being paired up and redistricted into another member’s legislative district. This also reflects another ten-year pendulum swing. Once legislative gerrymandering is established under one party’s control, or by the courts, any effort to make corrections by another political party cannot be done without the appearance of more gerrymandering.

These bills require compliance to the federal Voting Rights Act of 1965, which was adopted as a means for enforcement of the 15th Amendment to the US Constitution. The 15th Amendment prohibits denying a citizen the right to vote based on that citizen’s race, color, or previous condition of servitude.

Judicial interpretations of the Voting Rights Act have greatly expanded its focus since 1965, with the bills in the Minnesota legislature being no exception to this trend. The focus has moved beyond protections against the effect or intent of denying a citizen the right to vote to now creating protections for community voting rights and segregating communities by “class” or minority group. These and other bills are now written to protect “minority community” voting strength as a “class of people,” and do so with little regard for the individual voting rights of all citizens, neglecting the very foundational liberties  for which the 15th Amendment was ratified. 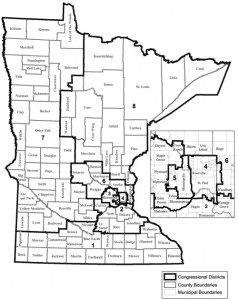 These bills contain “districting principles” which prohibit redistricting plans from having “the intent or effect of dispersing or concentrating minority populations in a manner that prevents minority communities from electing their candidates of choice.” (Sec. 3, Subd. 6b; emphasis added.) In effect, this “principle” fosters an environment of demographics where representatives systematically serve specific minorities as groups at the expense of each citizen’s right to equal representation, even citizens from the same minority group. This “principle” as implemented in the bill effectively promotes the concentration and balkanization of minority communities instead of their assimilation. It elevates group rights over individual rights, fostering a form of tribalism instead of a vibrant melting pot.

When “communities of interest” or group rights are protected and actually enhanced by such statutory concentrations, each person’s vote does not have the same weight as all other citizens in the state,  and there is an underlying presumption that all individual members of a minority community should want to vote in a bloc for the same candidate.  The essential principle of equal representation as the foundational objective to redistricting legislation is not upheld.

The Minnesota legislation further states in Sec.3, Subd. 6: “Minority representation. (a) The dilution of racial or ethnic minority voting strength is contrary to the laws of the United States and the state of Minnesota.”   This claim is made without referencing any particular statute. Such a significant proclamation made in statute ought to at least have a legitimate statutory reference. After 235 years of individual freedoms like no other country has ever known, how could we suddenly have laws that require segregation for representation at the expense of individual liberty?  It is individual voting rights that are protected under the Constitution and our laws, not group rights. People vote, not groups.

It should be more than obvious (especially to legislators) that not every person in a community group has the same political ideology or party affiliation. Equally important, not every person, minority or otherwise, is concerned with the skin color of their representative.  One could even argue that very few are concerned with such.  America was founded on a set of ideas/self-evident truths. Character, values and ideologies are what matter in representing people, regardless of skin color, race or ethnic background.

Unfortunately, the post-1965 amendments to the Voting Rights Act and legal interpretations are neglecting these truths in pursuit of “racially proportional” representation. As noted in the June 12, 2008 Congressional Research Service report, The Voting Rights Act of 1965, as Amended: “It has been suggested that implementation of Section 5 [of the Voting Rights Act of 1965] by the Justice Department has fostered the expectation that fair electoral processes should result in racially proportional representation among elected officials.” Though the US Commission on Civil Rights has had as one of its “unfulfilled goals” to guard against “lessening the effectiveness of the black vote” (pg. 11 of the CRS report, emphasis added), the right to proportional representation through judicial transformation has not yet been fully recognized. Yet tragically,  with the acceptance of these “principles” included in Minnesota’s redistricting bills, this  un-American idea is moving forward independent of activist courts.

LEA recognizes the terribly problematic partisan issues plaguing this vitally important constitutional redistricting requirement, and maintains that group protections and segregation are promoted in the “districting principles” at the expense of preserving individual voter rights. Despite the partisan vote for and against these bills in their entirety, the controlling party’s member support for the aforementioned offensive provisions was represented by the bill’s passage and the opposing party’s member support for the same provisions was represented by their lack of objection in debate and absent efforts to amend. LEA therefore believes this legislation reaches a level of indictment of violation under the Constitution on the whole of the legislature.

LEA believes the solution to these issues lies in a redistricting process that needs to be entirely reformed and completely neutral, with the influence of political parties and appointed judges far removed. This would not be a difficult task with today’s advanced computer technology, which could define convenient, contiguous territories of equal population by a neutral mathematical formula, with only slight adjustment necessary to ensure that minor civil divisions (cities, towns, counties, and other small districts) are not unduly divided in larger districts.