Come to the 2023 Awards banquet, where we honor the top scoring legislators in the 2022 LEA report. Meet the honorees and hear Kendall and Sheila Qualls talk about their work.

Topic: The Subversion of Quality Education

Our guest speakers are Kendall and Sheila Qualls, founders of Take Charge Minnesota, an organization committed to supporting the idea that America works for everyone regardless of race and station in life. They champion meritocracy, personal responsibility, free enterprise and the private sector as the fastest and most equitable way to lift people from poverty to prosperity.

Though his parents never finished high school, Kendall Qualls served as an Officer in the US Army, earned a Master of Business Administration, and became a Vice President for major corporations. He ran for Congress in 2020 and Governor of Minnesota in 2022. Sheila Qualls earned a Master’s in Human Communications Theory and worked as the civilian editor of an Army publication. She is currently reporting on education for Alpha News. They have been married for 37 years and have five children. The Qualls also are champions of religious freedom, a core tenet of America’s foundation.

Registration At the Door:

LEA dues are required to participate in the brief business meeting during the banquet. Dinner registration before February 6th is $40, ($45 at the door). VIP seating is available for 6 attendees only – $80 each. Questions: call 651-234-0052

Please use the drop-down menu to choose between dinner, LEA dues, VIP seating, or combination of these. Once added to cart, you can change quantities.

St. Paul, MN, August 6, 2022 — Legislative Evaluation Assembly of Minnesota (LEA) is releasing its evaluation of the Minnesota legislature’s 2022 session. The 2022 LEA report rates the votes of all 201 legislators on selected bills. The report summarizes these bills and analyzes them in more depth and detail than seen in the popular press. LEA calls out the abuse of legislative process in 2022 resulting in an overwhelmed legislature that is increasingly unaccountable. “in a non-budget year, the legislature continued to accept multi-subject omnibus bills to change policy, making an overwhelmed legislature that is increasingly unaccountable “ says LEA president Don Lee. “Legislators and citizens have both failed to retrieve self-government from the authoritarians, bureaucrats, and special interests who are all too willing to take citizens’ money and run their lives.”

Five legislators with the highest LEA scores are honored in the 2022 LEA report.

Gordon L. Anderson, Past President, LEA Minnesota (2007-2011), owner of Integral Society blog. (The views expressed are those of the author and not necessarily the members of LEA)

Today political parties have become the vehicles of political power for special and moneyed interests, displacing a consensus of the governed. They have subverted processes of legislation through pork, omnibus legislation, and negotiations between party leadership and government officials. The legislators, once elected, usually become accountable to their party leadership and vote in partisan blocks, rubber-stamping party-negotiated legislation without meaningful citizen feedback.

In drafting the Constitution, the US Founders worked hard to prevent moneyed interests from gaining control of the government. They did this through sets of checks and balances on the process of legislation designed to only produce laws that reflected both a consensus of the people in the House of Representatives and a consensus of the States in the Senate.1The original Constitution directed the states to appoint two Senators each to represent them. In this way, both the interests of the states and the expertise of their seasoned experts in governance had to agree with something the people desired. This arrangement was abolished by the 17th Amendment, which removed this check, by having citizens vote for senators. This removed the representation of the states in their own federation and allowed political parties that vied for citizen allegiance to escape a check on the tribalism they produced by seasoned Senators representing State interests. But the Founders failed to check the power of political parties as vehicles for moneyed and special interests to usurp power.

In his 1796 Farewell Address, composed with the help of Alexander Hamilton and James Madison, George Washington lamented that the Constitution did not constrain the power of political parties:

All obstructions to the execution of the Laws, all combinations and associations, under whatever plausible character, with the real design to direct, control, counteract, or awe the regular deliberation and action of the constituted authorities, are destructive of this fundamental principle, and of fatal tendency. They serve to organize faction, to give it an artificial and extraordinary force; to put, in the place of the delegated will of the nation, the will of a party, often a small but artful and enterprising minority of the community; and, according to the alternate triumphs of different parties, to make the public administration the mirror of the ill-concerted and incongruous projects of faction, rather than the organ of consistent and wholesome plans digested by common counsels, and modified by mutual interests.

However combinations or associations of the above description may now and then answer popular ends, they are likely, in the course of time and things, to become potent engines, by which cunning, ambitious, and unprincipled men will be enabled to subvert the power of the people, and to usurp for themselves the reins of government; destroying afterwards the very engines, which have lifted them to unjust dominion.

Come to the 2022 Awards banquet, where we honor the top scoring legislators in the 2021 LEA report. Meet the honorees, and hear Dr. Jeff Johnson talk about Refugee resettlement and the Law. On-line registration has ended. The at-the-door price … END_OF_DOCUMENT_TOKEN_TO_BE_REPLACED

On Dec 18th, 2021 at 2 PM, LEA board member John Augustine will be on Mitch Berg’s Northern Alliance radio program to talk about the 2021 LEA Report on the MN Legislature, and some positive and negative developments in MN state government this past year. Tune in and join the conversation!

St. Paul, MN, December 1, 2021 — Legislative Evaluation Assembly of Minnesota (LEA) is releasing its evaluation of the Minnesota legislature’s remarkable 2021 session. The 2021 LEA report rates the votes of all 201 legislators on sixteen selected bills. The report describes these bills in more depth and detail than normally seen in the popular press. LEA calls out the shift in government power in 2021 from open deliberation to closed door meetings of powerful leaders. “Minnesota government in 2021 continued to be dominated by the COVID emergency and the governor’s emergency powers. “ says LEA president Don Lee. “Legislators failed to assert their proper role to craft law. Effective governance was left to the governor and his administrators.”

Seven legislators with the highest LEA scores are honored in the 2021 LEA report.

LEA had a table at the MN Patriots event near Zumbro Falls in southern Minnesota on September 28th. The weather was beautiful, and we had good attendance at our table. We passed out free LEA reports and encouraged attendees to join LEA.

Many attendees seemed recently awakened to political issues, and hungry for information about how they can make a difference.

The featured speaker was Dr Scott Jensen, who is running for governor of Minnesota.

Board members John Augustine and Ben Riechers represented LEA at the Citizen’s Council for Health Freedom’s (CCHF) annual Gala on Sept 9th in Oakdale, with a table at the event.

CCHF is committed to a health care system that is patient centered, protects patient privacy, and is free market driven.  CCHF drafts legislation, meets with legislators, and makes fact-based arguments in the public square.  Perhaps more exciting is the role they are now playing to help grow the existing free market for health care. Priorities over the next year include stopping COVID vaccine mandates, promoting free-market health care via WEDGE, which is a free trade zone for health care and gaining approval for ivermectin to be available over the counter. CCHF leader Twila Brase is optimistic that there will be bipartisan support for stronger health privacy laws at the state level.

The featured speaker at the event was Dr Scott Atlas. More information can be found here. 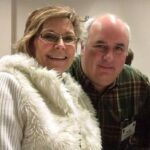 LEA mourns the loss of our friend, long-time supporter, and former board member, Tim Utz, who passed away April 18, 2021. Tim was a tireless champion of liberty and our founding American principles. He confidently espoused a conservative and Christian worldview, and was not afraid to talk to people from different backgrounds or political parties. Blue-collar to the core (a carpenter since the age of 20, who also had construction businesses and worked security on the side), Tim was enmeshed in his community — active in Lions Club, Toastmasters, Emergency Response, and the local charter commission. He was a candidate for mayor of Columbia Heights in 2016, and ran several times for the Minnesota House of Representatives. Tim was much more about issues than party. He was on the November ballot as a Republican Party nominee for State House in 2008 and 2010, as a Constitution Party candidate for State House in 2012 and 2014, and as an Independent candidate for State House in 2018.

Tim worked hard on his campaigns, using them as an opportunity to speak up for important principles. Here is how he summed up his reason for running for public office:

“Government needs citizens involved who are committed to the oath of office. People who recognize the Constitutional limits of power a public servant has in our Republic form of government. People willing to hold to those principles no matter the winds of resistance.”

He chose to spend money on a recount in a race where the margin wasn’t close, just to see what fraudulent activity might have coincided with the voting in his district. In his emphasis on election fraud he was ahead of his time.

Tim Utz served on the LEA board of directors from 2013 to 2015. The picture of Tim and his wife Nadine above was taken at an LEA annual banquet. LEA board member and former chairman John Augustine comments that “Tim let you know what he thought, even if his opinion wasn’t likely to prevail in the end, and he didn’t hold grudges if you didn’t agree with his opinion. He also made his residence available for hosting meetings when the need arose for an alternate location. Heartfelt condolences to his wife Nadine and other family and friends.”

Tim was a giver, a doer and a man of principle. He will be sorely missed.

The Minnesota Legislature’s website offers a wealth of information for an informed citizenry. Video of hearings, the text of bills and statutes, records of actions of the legislature and witness commentary can all be found if you know where to look.

LEA has created two video tutorials as an introduction to the Minnesota Legislature’s website. Every citizen should be able to navigate the information on this website to follow legislative activity that affects every Minnesotan.

LEA encourages wide distribution of these videos and welcomes feedback.